October is breast cancer awareness month, find out how you can help raise awareness and reduce the stigma for both women and men.

October is the month of the pink ribbon - symbolizing the fight to spread awareness about breast cancer.

With the mission to raise awareness and reduce the stigma surrounding the condition, many countries across the globe have recognized the iconic pink ribbon as the symbol of breast cancer awareness. Breast cancer is one of the more well-known cancers that affect women worldwide in both developed and developing countries.

According to a report by the Global Cancer Observatory in 2008, there is a staggering number of over 1.38 million new cases and 458,000 deaths from breast cancer each year.

The majority of these deaths occur in low-middle income countries, where women are diagnosed in their late stages primarily due to lack of awareness and barriers to proper health services.

The Breast Cancer Awareness month is an annual worldwide campaign that seeks to advocate for health and safety through initiatives to spread and increase awareness about breast cancer.

There have been many survivors who have decided to share their voice to help people who are going through the condition become stronger and resilient in understanding their condition better, one of which is Oscar-winning actress Angelina Jolie. 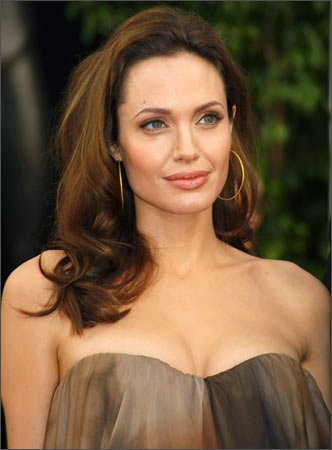 The Hollywood star is one of the biggest names around the globe who has focused attention on breast cancer, Jolie revealed in an Op-Ed page of The New York Times on May 14, 2013 that she tested positive for a genetic mutation called BRCA1 (which is a rare gene along with BRCA2 that are found in other racial and ethnic groups), the mutation has her at an exceedingly large risk for developing breast and ovarian cancer.

Jolie is a strong influence for women everywhere as she fully explored her options and made an informed decision to get a double mastectomy (a surgical procedure to remove both breasts) and undergo reconstructive surgery.

She also revealed that her mother battled breast cancer for decades and died at the age of 56. Although Jolie has a history of breast cancer, she is a special case as she has the BRCA1 that is estimated to cause 5% to 10% of breast cancer and 10% to 15% of ovarian cancer.

Women with mutations are often advised to have their breasts and ovaries removed to lessen the risk.

Who gets genetic testing?

Typically people who have a higher than average risk of developing breast cancer due to family history are the primary market for genetic testing. However, not everyone is advised to get genetic testing.

What you should know

Two factors that make you susceptible to breast cancer are being a woman and getting older as the risk of having breast cancer increases with age. In most cases, breast cancers are diagnosed after the age of 50.

These are factors that are not within your control. However, taking precautionary measures to ensure your health is. You can do this by observing the following:

This October, join the pink ribbon movement and help empower women of all ages to take a stand towards being more aware and mindful about women and the risk of cancer.